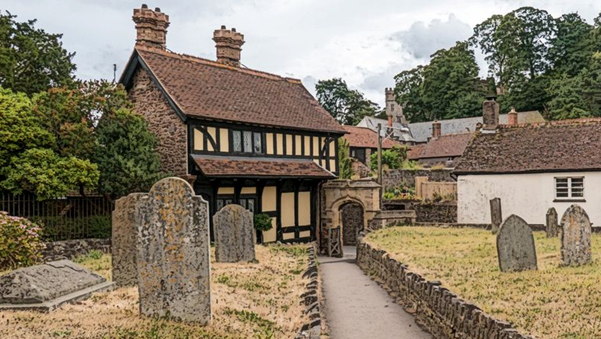 Would you buy a property next to a graveyard?

I recently carried out a survey on a Grade 2 listed property in a popular village location in Leicestershire. The vendor was keen to show me around the grounds and property prior to me starting my survey.

He was very proud to show me a novelty door in the boundary wall leading directly into the pub grounds next door (at this point I was starting to imagine myself living in this property). We then took a short walk to the rear of the garden where he said “We get no trouble from the neighbours?” I peered over the leaning drystone wall to see a graveyard. Not giving it much more thought we then continued our tour and survey. But then driving home in the quietness of the Tesla it got me thinking, personally would I buy a property next to a graveyard?

I then went online to see if there was any information/ data regarding properties near graveyards.

A report from an online estate agents HouseSimple.com, has revealed that there are around 14,000 cemeteries in the UK which means hundreds of thousands of homeowners live next to or near a cemetery. They compared property prices on streets next to cemeteries in 13 UK towns and cities to average prices for the postcode area. It found house prices on these streets were on average 23% lower than the postcode average but some were up to 50% lower. Personally, I’m not convinced on the figures stated above but I can’t help think that it would have a negative impact on value.

So after deliberating it for some time and even taking the secret door into the village pub it would have to be a no from me, how about you?